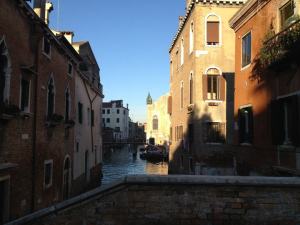 I wrote the following in 2012 as a submission to the Sun (http://thesunmagazine.org/) a little liberal print magazine I sometimes grab as a small mental treat at the PCC near Seward Park after a run. Not sure I ever submitted. Originally entitled “Honesty”, I can honestly say that progress has been made, I am just not stuck in this place all the time anymore, have opened up to gladness again. Less obsessive, more present. Grateful.

I met him twice in 2001- once at a kindergarten potluck for our Catholic elementary school, and in AA group that met mornings in an Indian restaurant nearby. When he called in the spring of 2009 to ask questions about how my ex-husband and I had managed such an easy looking and friendly divorce, we established a deeper friendship based in “no filters.” The first few months of our love affair were indeed that- unfiltered, talking about how he’d divorce his wife and have a safe landing, the best ways to stay clean, bands and books we both knew and loved and inevitably of what it would be like to finally be together. I had some brakes on, he was still married, we had kids in the same school and I was not yet in over my head.

That August, I became desperately ill with a necrotizing lung infection and was hospitalized through six surgeries. I survived, but the rare, no-filters status of what we were did not. We have kept up this affair for four years now, he has other romantic relationships and I have tried but cannot find one that suits me as well, or at all, and will not accept second best. Being in bed with anyone else feels untrue to where I really want to be. The biggest change between us is that filters exist everywhere. We’ve written most of a book together, started two businesses, he trusts me with his bank accounts and hard earned clients and calls when things are worrisome, when he needs to rent a house or make a decision on his daughters.  We talk about traveling north to ski for months; he leaves for the weekend and tells me via email from the road; I sit in the parking lot outside our office feeling literally kicked in the stomach and say nothing upon his return, though tossing and turning my way to another migraine.  What started out as the fulcrum of honesty has become the opposite of that. If my daughter were in a relationship like this one, I’d pray she get out of it.

Enough about prayer anyway, one of the most pressing memories I have of a trip to Italy to see my eldest son are of lighting candles in every medieval church, asking to either be given some freedom from this endless want or get the want answered;  the one line email he responded with to my photo of the full moon over Venice, sent from Whistler where he was — I believe– traveling with someone else.

There is no clear narrative here- I wish I could say I can see the end as easily as I can pinpoint the beginning. It might be that the honesty I need to refind in this would be as simple as showing him these paragraphs, but I am not sure if I am lying to myself to say I’d do just that.